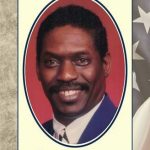 A private viewing and farewell was held.

Alva R. “Al” Willis, 70, of Old Forge, passed at home with his wife Ann Marie Petroziello Willis at his side Sunday morning. Born in Philadelphia, he is the son of the late Alexander and Miriam Willis. Al was a graduate of Philadelphia School District and was a Certified Nursing Aide, having worked in local nursing homes and was a United States Air Force Veteran. He is survived by his wife Ann Marie, one brother, Willard Willis, two daughters; Deniesha and husband Darnel, Miriam and husband Oscar, one son; Isaac, two step-children; Jennifer and Patrick, 14 grandchildren, Jeffrey, David, Stormie, Lamont, Konnor, Tea`Leigh, Kenyah, Liam, Bentley, Jurnee, Javion, Gage, Gavan, Rakier, one great granddaughter; Kehlani, nieces, nephews and cousins. He was predeceased by his parents, son, Jeffrey Girard and granddaughter, Keyarah. A private viewing and farewell was held on Wednesday. A celebration of Life will be held on Sunday, August 29, at the Lackawanna County State Park, Pavilion 2. Arrangements are under the care and direction of the Edward J. Chomko Funeral Home & Cremation Services, West Scranton