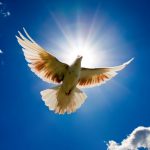 A graveside service will be held in the Cathedral Cemetery on Friday at 11 AM.

Ann Marie Cabets, of Scranton, died on Friday, November 30, 2018 at Wilkes-Barre General Hospital. She was the daughter of the late Frank and Anna Cabets. Ann Marie was of the Catholic Faith and enjoyed listening to music, particularly Elvis, Bob Dylan, and Ed Sheeran. She loved her family, especially her son who was her world. Ann Marie is survived by her son, Sean Cabets, Scranton, two brothers, James Cabets, Clarks Summit, and Ronny Cabets, Scranton, one sister, Carol Cabets, East Stroudsburg. Also surviving, a niece, Mary Lou Ronca and three nephews, Scott, Mark, and Jim Cabets.  She was predeceased by a sister, Grace Ocwieja and brother, Frank Cabets. A graveside service will be held in the Cathedral Cemetery on Friday at 11 AM. Arrangements were under the care of The Edward J. Chomko Funeral Home & Cremation Services, 262 Railroad Avenue, West Scranton