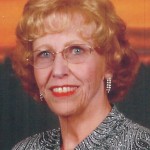 Barbara E. Reid, 78 of Scranton, passed away on Sunday, at St. Luke’s Hospital, Utica, NY. Born in Brooklyn, NY she was the daughter of the late Beatrice Smith Bowman who died in 1993. She was the widow of Wallace I. Reid who died April 7, 1990. Barbara was of the Episcopalian faith and   a member of the Church of The Good Shepherd, Scranton. In her working career she worked as a corporate bookkeeper for the Shell Oil Corp. and Tupperware Corp. She was a loving wife, Mom and Gramma, who relished spending time with her grandchildren. Barbara had been a Girl Scout Leader, a Cub Scout Den leader, a PTA member and a past President, an avid bridge player and enjoyed traveling to Europe, Hawaii, and the Panama Canal as well on numerous cruises. She was a very friendly and outgoing person who made many friends where she had previously resided, North Bellmore, NY, Lady Lake, FL, Mount Arlington, NJ, Forestport, NY and Scranton, PA. She leaves behind two sons, Guy Reid and wife Linda, Madison Twp., PA, Craig Reid and wife Barbara, Merrick, NY, two daughters, Karin Caccavale and husband Michael, Forestport, NY, June Reid and wife Ginger, Loganville, GA, seven grandchildren, Heather, Ryan, Sydney, Gabriella, Matthew, Sarah and Emily. She was preceded in death by one brother, Bruce Bowman. Services will be held on Friday, at 10 am at the Church of the Good Shepherd, North Washington Avenue, Scranton, to be celebrated by the Rev. Earl Trygar. Interment will be on Saturday at Nassau Knolls Cemetery, Port Washington, NY. Viewing for family and friends will be on Thursday, 4 to 7 pm in the Edward J. Chomko Funeral Home & Cremation Services, 262 Railroad Avenue, West Scranton. In lieu of flowers, donations can be made in Barbara’s name to: Ronald McDonald House-Delaware, 1901 Rockland RD., Wilmington, DE 19803.