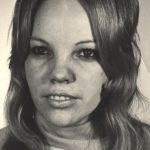 Barbara Jean Stevens, 72, of Dunmore, passed Thursday, January 5, 2023, at Regional Hospital of Scranton. Her husband is Robert J. Stevens Sr. Born in Scranton, she was the daughter of the late Cornelius and Osyth Dolan. Educated in Trenton NJ Schools and later becoming a Certified Nurse Assistant where she worked at the Veteran Affairs Hospital in Wilkes Barre before retirement.

Private Services were held. Arrangements are under the care of the Edward J. Chomko Funeral Home & Cremation Services, West Scranton.