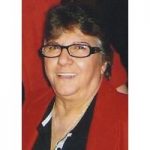 Camille Yacovelli Neto, 73, of Asbury Park, NJ, died Friday night in the Scranton Health Care Center. Born in Scranton, she is the daughter of the late Michael and Jennie Micciche Yacovelli. A 1959 graduate of West Scranton High School, she lived and worked in New York City for 3 years in the early 60’s. She then moved to Hollywood, CA and worked for Capitol Records, eventually becoming a credit manager for Polydor Records. She moved back to New York City in 1974 and then to Asbury Park in 1979 where she purchased the Owl & the Pussycat bar with partners Carol and Kay, then purchased the Key West Hotel, a nightclub/hotel at the Asbury Park beachfront of which she and her partners operated until 1989, when they purchased the M & K Bar and liquor store which they operated until 1998. In 2000 Camille went to Las Vegas to fulfill her fantasy job as a blackjack dealer. After returning to NJ in 2003, she worked in merchandising until her retirement in 2006. Camille loved life and lived life to the fullest. She is survived by her sister, Jean Hurchick and husband Joseph, Scranton, brother, Michael Yacovelli and wife Kathy, Gainesville, FL, nieces, nephews, cousins and her beloved canine, Bella and a large community of loving friends in Asbury Park. A heartfelt thank you is extended to her best friends, Carol Torre and Mickey Carter, Asbury Park and Kurt Kelly of Morristown, PA, and the nurses and staff at Scranton Health Care Center for the compassionate care given to Camille and her family during her extended illness. Her funeral will be on Tuesday at 9:15 am from the Edward J. Chomko Funeral Home & Cremation Services, 262 Railroad Avenue, Scranton, PA 18505, with a Mass of Christian Burial at 10 am in St. Ann’s Basilica to be celebrated by Father Joseph Jones, C.P. Associate Pastor. Interment will follow in Cathedral Cemetery, Scranton. Viewing for family and friends will be Monday, 5 to 7 pm.