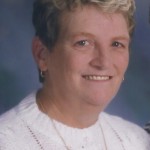 Charlene Swepeniser, 66, of West Scranton, died Wednesday evening at home surrounded by her loving family. Charlene and her husband James Swepeniser celebrated their 46th wedding anniversary on August 9. Born in Scranton, she was the daughter of the late Thomas and Thelma Loney. Educated in West Scranton High School, she was a member of the former St. John the Baptist Church and is a member St. Patrick’s Parish. Charlene worked for several years as a seamstress in the local garment industry, and was a phone operator for Verizon and for Bank of America until her illness. She was a volunteer for The Wounded Warrior Project, the Gino Merli Veterans Center and a former cheerleading coach for the West Side Jets. She was a loving wife, mother, grandmother, mother inlaw and a friend to many. Charlene was an avid cook and would prepare her special foods for gatherings at Verizon and Bank of America. She was an excellent home seamstress and would design and make clothing for her children and grandchildren. She was a selfless person who would do for others, before doing for herself. Also surviving are two daughters, Shari and husband, Army Master Sergeant, Christopher Gogas, Cadiz, Kentucky, Jennifer Siefring and fiancée Sandy Thomas, Scranton, three grandchildren, Breanna and Ashlynd Gogas and Dakota Turner, a great grandson, Christopher Richards, one brother, Richard Loney, Scranton, nieces and nephews. She was also preceded in death by one sister, Susan Garvey and one brother, Robert Loney. Her funeral will be on Monday at 8:45 am from the Edward J. Chomko Funeral Home, 262 Railroad Avenue, West Scranton, with Mass of Christian Burial at 9:30 am in St. Patrick’s Church, West Scranton. Entombment will be private at Cathedral Cemetery. Viewing for family and friends will be on Sunday, 4 to 8 pm.