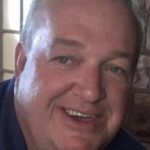 Charles J. Herman, 69, of South Scranton, passed at the home of his daughter on Saturday evening after valiant battle with leukemia. Born in Scranton, he was the son of the late John Sr. and Helen Ostromecki Herman. Charlie was a graduate of Scranton Technical High School and recently retired from Lesjofers, formerly Sandvik Steel. Charlie was a great outdoorsman, enjoying fishing and hunting to its fullest especially with his brothers and closest friends.

Charlie is survived by his son; John Herman, his daughter and caregiver; Julie Gowat and husband Jared, Olyphant, his granddaughter Ashleigh, his sister and caregiver; Mary Ann Snedeker and Jerry, South Abington Township, nieces, nephews and cousins. He was predeceased by his parents, three brothers; John “Jackie”, William and David Herman.

Following Charlie’s wishes, he chose to be cremated and there will be no public services. Arrangements were provided under the care and direction of the Edward J. Chomko Funeral Home & Cremation Services, 262 Railroad Avenue, West Scranton