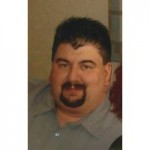 Christopher A. Shoemaker, 42 of Mt. Cobb, died Tuesday following a courageous battle from massive infections for more than 30 days in the ICU at Geisinger/CMC. Born in Scranton, he is the son of Marian Plasco and fiancé Ken Beerman, Reading and William A. Shoemaker Sr. and step-mother Candace Shoemaker, Moosic. A graduate of Bishop Hoban High School, Wilkes-Barre, he attended Mansfield University, and was a former member of Maria Goretti Church, Laflin. Chris was the owner/operator of Chris’s Aftermarket Auto Supply, Mt. Cobb. He is also survived by his daughter, Zoe, Martinsburg, West Virginia, brothers, Paul David Kester and companion Roxanne, Steven Richard Kester, both of Pittston, William Shoemaker and wife Juanita, Cincinnati, Ohio, Charles Shoemaker and wife Kelly, Nanticoke, sister, Ellyn Shoemaker/Evarts, Honesdale, He will also be remembered by his step father, Robert Plasco, Lebanon, step brothers and sisters, Matthew Popik and wife Danielle, New Cumberland, Robert Plasco Jr. Pittsburgh, Michael Plasco, Allentown, Kelly Elder and husband Chuck, Lake Ariel, Linda Adams and fiancé Richie Bobitka, New York, aunts, uncles, nieces, nephews and cousins. He was preceded in death by a son, Timothy and a nephew Alexander. Chris especially enjoyed time with his daughter Zoe, as well as family members and friends. He was an avid collector of music and had an amazing gift for computer technology. Chris was a kind and loving person who extended his hand to anyone in need and will live forever in the hearts of all who knew him. A Memorial Service and Celebration of Life will be held on Saturday, April 12, 2014 at 3 pm in the Edward J Chomko Funeral Home & Cremation Services, 262 Railroad Avenue, Scranton, PA, 18505. Family and friends are invited to attend or visit between 1 and 3 pm until time of services at 3 pm.