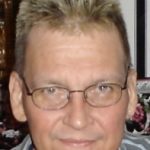 A Memorial Mass of Christian Burial and Encryptment, with military honors, will be held at the convenience of the family. There are no calling hours.

Daniel D. “Duke” Dukauskas, 59, of West Scranton, died Sunday, at the Gardens of Scranton. Born in Scranton, he was a son of the late Joseph J. and Anna Platus Dukauskas. Dan was a 1978 graduate of West Scranton High School and served his country as a Sergeant in the United States Air Force. He was employed as a forklift operator in the local book manufacturing factories until his illness and was a member of Teamsters Local 229. He was a member of the former St. Michael’s Lithuanian Roman Catholic Church on Jackson Street, West Scranton. Danny was a loving and kind son, brother and uncle who enjoyed sports, golfing, music and trivia. If you were in his presence, chances are you were laughing. Danny had a huge heart and great sense of humor that never ended despite his lengthy illness and he will be deeply missed. Dan is survived by two sisters, Sue Phillips and husband Barry, Taylor, Carol Dukauskas Grajcar and husband John Jr., Scranton, two brothers, Gerald Dukauskas and wife Kathy, Arizona, Richard Dukauskas, Scranton, nieces and nephews. Danny’s family wishes to Thank and acknowledge DaVita Dialysis, Gardens of Scranton, Dr. Henry Yeager and Compassionate Care Hospice for the loving and compassionate care extended to their brother and to them through the years.  A Memorial Mass of Christian Burial and Encryptment, with military honors, will be held at the convenience of the family. There are no calling hours. Services have been entrusted to the direction and care of the Edward J. Chomko Funeral Home & Cremation Services, 262 Railroad Avenue, West Scranton.