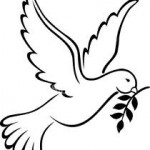 Delores Nadine Farrence, 65, passed away Wednesday, October 12, after being stricken ill at home. She was the daughter of the late Annie Pearl Taylor. She was also preceded in death by one son, Tony, and a brother Eddie Barnette. She worked as a bartender at the Ukavets and Tauras Club. She also worked at Wal-Mart until her illness. Nadine enjoyed spending time with her family, friends and her dogs. She is survived by one son, Michael, Scranton, sisters and brothers, Sue and Bob, California, Francis and Chuck, Arizona, Ginny, Alabama, Bill, Iowa, five grandchildren, two great grandchildren, nieces, nephews and cousins. May she rest in peace. Graveside services will be held at Fairview Memorial Park, Elmhurst. Arrangements by the Edward J. Chomko Funeral Home & Cremation Services, West Scranton.