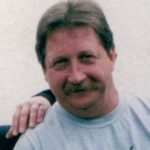 Inurnment will be private at the parish cemetery.

Edward P. “Stitch” Kowalchick, 63, of North Scranton, passed suddenly, Thursday evening at home. Born in Scranton, he was the son of the late Harry and Anna C. Kowalchick. Educated in Scranton Technical High School, retired as a foreman for Kappa Graphics, Hughestown and held memberships with APA (American Pool Association), Throop VFW and the Scranton Pool  League. He was an avid fisherman who loved the outdoors, played softball for the Pine Brook Softball League and made a witnessed hole in one at the Homestead Golf Course, with his brother Joe. He is survived by one sister, Dorothy Kowalchick and companion Earl Soloski, Scranton, one brother, Joseph Kowalchick and wife, Karen, Scranton, one niece, three nephews, and five great nieces and nephews. He was also preceded in death by one brother, Harry N. Kowalchick. A Divine Liturgy will be celebrated on Wednesday by the Rev. Fr. Myron Myronyuk, Pastor of St. Vladimir Ukrainian Greek Catholic Church, 430 North 7th Avenue, Scranton 18503. Inurnment will be private at the parish cemetery. Family and friends will be received at the church on Wednesday, 10 am until time of Liturgy at 11 am. Arrangements have been entrusted to the direction and care of the Edward J. Chomko Funeral Home, West Scranton