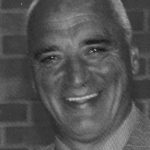 Viewing for family and friends will be on Sunday, 2 to 6 pm

A Mass of Christian Burial will be celebrated on Monday, in the Immaculate Conception of the Blessed Virgin Mary Church, 801 Taylor Avenue, Scranton at 10 am with interment to follow in Fairview Memorial Park, Elmhurst Township.

Enrico “Rico” P. Monacelli, 63, of the Hill Section of Scranton passed away on Sunday, July 25, at Geisinger Medical Center, Danville. He was unable to survive complications from a dissecting thoracic aortic aneurism. He is survived by his beloved wife of 22 years, Larissa Dyshuk Monacelli.

Born in Scranton, he was the son of Anna Iacobino Monacelli, Clarks Summit and the late Enrico Monacelli.  He was a lifelong Scranton resident.   Rico was a 1974 graduate of Scranton Technical High School. He graduated from Empire Beauty School and was a state licensed Pennsylvania cosmetologist. He was the owner operator of Mane Tamers Salon Scranton.

Rico was a devout and faithful Roman Catholic and member of the Immaculate Conception Church Scranton. Rico gave his time and expertise in cooking for the church breakfasts and other parish events.  Rico cooked with love and family tradition.  He served up mouthwatering Italian specialties that will be remembered forever.

Rico was the quintessential family man.  He cherished his family and always remained true to his state in life. He shared a magical love with his beloved wife Larissa.  No one could make Rico light up or make the sparks fly like his wife.  They were inseparable from their matching outfits to being the first ones out on the dance floor.  Theirs was a love so endearing and pure others simply basked in the joy that exuded from the couple.  Rico’s children were at the center of his world. He was always there in trials and tribulations to support his greatest accomplishments, his children.  Rico adored his granddaughter Winter as the special little darling that brightened his life.

Rico was an avid outdoorsman.  He was a hunter and fisherman.  He loved venturing out with his circle of friends for numerous memorable adventures.  Rico loved to golf and particularly enjoyed playing cards with his close buddies every week.  His friends often regarded him as their mentor, dad, brother and best friend all rolled into one.  His friends were so numerous it is impossible to mention them all.  To anyone blessed with the gift of his friendship know that you were immensely treasured and loved.

Rico was a man of dignity, compassion and grace.  He was a standup guy who always believed in truth and honesty. Rico was glad to offer anyone his assistance in whatever they needed. Rico loved the beach and that is where he found utter peace and tranquility. He would settle back and enjoy hours upon hours in the sun tanning his bronze body.  His garden was a place of pride where he tended to his flowers and vegetables.

Rico was the kind of man that you could never forget.  If you were lucky enough to call him friend, buddy, pal, neighbor or family you were in a unique group that would always feel the presence of love and companionship.

A Mass of Christian Burial will be celebrated on Monday, in the Immaculate Conception of the Blessed Virgin Mary Church, 801 Taylor Avenue, Scranton at 10 am with interment to follow in Fairview Memorial Park, Elmhurst Township. Viewing for family and friends will be on Sunday, 2 to 6 pm in the Edward J. Chomko Funeral Home & Cremation Services, 262 Railroad Avenue, West Scranton.  For those who wish to attend the Funeral Mass, please go directly to the church for 10 am. In lieu of flowers, donations can be made to Think BIG Pediatric Cancer Fund 530 Montour Blvd. Bloomsburg, PA 17815.