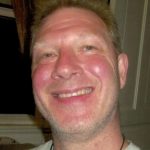 Jimmy requested a celebration of life be held in his honor as opposed to a traditional funeral service. This celebration will be announced at a future date.

James Michael O’Malley, 51, of Old Forge Pennsylvania passed away peacefully in the evening hours of January 5, 2022. “Jimmy” as his friends knew him, grew up on the south side of Scranton and later moved to the Moosic area as a young adult. He owned a home in Duryea and finally settle down in Old Forge, Pennsylvania with his longtime companion Rosemary Laskowski.

He is survived by his mother Barbara O’Malley and her longtime partner Michael Slavich, father James O’Malley, and brother Michael. He is also survived by two incredible children, Shayne and Jordan for which his love was always absolute.

Although, Jimmy O’Malley’s sainthood prospects are minimal, if you had the privilege to meet him, you knew fairly quickly he was a special soul. His uncanny way of being nonjudgmental in all environments brought the true authentic selves out of people who met him. He was a passionate protector to anyone around him and fiercely loyal to his friends, family and football team- GO COWBOYS. He was one of the good ones and he will be dearly missed and always remembered by the people that knew him.

The family would like to give a special thank you to all of the nurses, doctors and staff that work with the Hospice of the Sacred Heart. Your entire team made his transition calm and reassuring for everyone involved.

Jimmy requested a celebration of life be held in his honor as opposed to a traditional funeral service. This celebration will be announced at a future date.

Arrangements are under the care and direction of the Edward J. Chomko Funeral Home & Cremation Services, 262 Railroad Avenue, West Scranton.