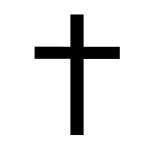 John Novoczynski, 63, of South Scranton, died in a fire at his home on Saturday, August 20. Born in Scranton, he was the son of the late Chester Novoczynski and Nell Lapashanski Novoczynski. John was a graduate of the former Scranton Central High School and was employed by CPG International, South Scranton. John enjoyed gardening, walking, work and his passions for music and reading. He is survived by one sister, Marie Walsh, a nephew, Edward Novoczynski Jr. and many friends to include his best friends, Michael Lynch and Michael Gastinger. He was also preceded in death by one brother Edward Novoczynski and a nephew, Sean Novoczynski. Inurnment will be private at St. Catherine’s Cemetery, Moscow. A Funeral Divine Liturgy will be celebrated on Monday at 9 am in St. Vladimir Ukrainian Greek Catholic Church, 430 North 7th Avenue, Scranton, 18503, to be celebrated by the Rev. Fr. Myron Myronyuk, Pastor. In lieu of flowers, Memorials can be made to St. Vladimir Ukrainian Greek Catholic Church. Arrangements under the direction and care of the Edward J. Chomko Funeral Home & Cremation Services, 262 Railroad Avenue, West Scranton.