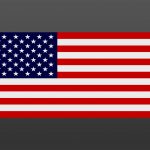 Joseph A. Patchoski, 85, of West Scranton, died Thursday at Hospice of the Sacred Heart, Dunmore. His wife of 63 years is May Ballantyne Patchoski. Born in Scranton, he was the son of the late Stanley and Mary Patchoski. Joe was an Army veteran having served in Japan with the Army occupational forces. He is also survived by one son, David Patchoski and wife Gina, one daughter, Elaine Madus and husband Paul, all of North Port, FL, six grandchildren, 10 great grandchildren. He was also preceded in death by one grandson, David Jr. and four brothers. A private Memorial Service and entombment will be held at Fairview Memorial Park, Elmhurst. There will be no calling hours. Joseph’s family extends a special thank you to the nurses and staff of Hospice of the Sacred Heart for the compassionate care extended to Joseph and his family. Arrangements were under the direction and care of the Edward J Chomko Funeral Home & Cremation Services, West Scranton.