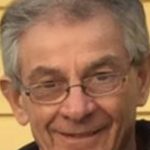 Interment will be private.

Masks and social distancing are required.

Joseph Benjamin Occulto, passed away peacefully on Saturday at Geisinger/CMC surrounded by his family. He was a loving husband, father, brother and grandfather and will be deeply missed by all who knew him. Joe was born in Scranton on August 3, 1941, and was the son of the late Joseph and Rose (Cali) Occulto. He was a 1959 graduate of Dunmore High School and received an Associate Degree from Lackawanna Junior College and was a United States Coast Guard Veteran. Joe had been employed as an accountant for Allied Services, a realtor for Vanston Real Estate and a crossing guard for the Dunmore School District prior to his retirement. Joe married his first wife Doris Toman in 1963 and they had two daughters, DeAnn and Nicole. After Doris’ passing in 1988, Joe was blessed to find love again with his wife Mary Kay and became a father to her children, Jennifer, Eugene and Nicole. Joe and Mary Kay were married for 26 wonderful years. Joe had a terrific sense of humor and was always telling jokes even when he was not feeling his best. He enjoyed Thursday nights at the Honky Tonk and was the ultimate Penn State fan. He never missed a game no matter where he was. He believed that there was nothing more important than family and his greatest legacy was instilling that virtue in his children. We will be forever grateful to have known and loved him. Joe is survived by his beloved wife Mary Kay (Regan), his daughters; DeAnn Hansum and husband Heath, Nicole Gardiner and husband David, son; Eugene D’Andrea and wife Melissa; Jennifer Woodward and Nicole Bainbridge and husband Andrew; 11 grandchildren, Patrick and Maggie Barrett, Benjamin and Luke Gardiner, Matthew and Colin Woodward, Colton and Harper Bainbridge and Daniel, Nicholas and Alyssa D’Andrea. One sister who was his best friend and dancing partner, Sally DiCindio and her husband Joe, sisters in-law, Joan Occulto and Lois Engel, brothers in-law; Billy and Jack Regan, numerous nieces and nephews. Joe was also preceded in death by his brothers; Ross and Frank “Cuxie” Occulto and sister in-law Roseann Shaughnessy. Mass of Christian Burial will be celebrated   Wednesday, at 10 am, in St. Mary of Mount Carmel Church, 322 Chestnut St., Dunmore, 18512. Masks and social distancing are required. Interment will be private. Arrangements have been entrusted to the direction and care of the Edward J. Chomko Funeral Home & Cremation Services, 262 Railroad Avenue, West Scranton