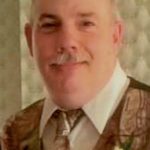 A Celebration of Life will be held at a later date to be announced when the present restrictions are lifted.

Joseph F. Ogden Jr, 50 of West Scranton, died at Geisinger/CMC after being stricken ill at home. He is survived by his loving wife, Lisa who loves him unconditionally and would do anything for him. Born in Rahway, NJ, he is the son of Patricia Ogden, Texas, and the late Joseph F. Ogden Sr. Joe was a graduate of Rahway High School and was currently employed as a Corrections Officer (CO2) at the Monroe County Corrections Facility. He was a member of Teamsters Local 773, Allentown. He is also survived by his son, Kyle Ogden, his first born and his daughter, Gina Ogden, his little girl who he loved and would do anything for. A sister, Chrissy Wood and husband Michael, Texas. Joe leaves behind, many friends, co-workers and his best friend and partner in crime, Danny Stafursky and many nieces, nephews and cousins. Joe was an avid bowler and outdoorsman who will be missed by all those whose lives he touched. A Celebration of Life will be held at a later date to be announced when the present restrictions are lifted. Arrangements have been entrusted to the direction and care of the Edward J. Chomko Funeral Home & Cremation Services, West Scranton