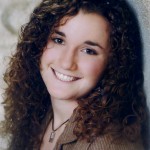 Kathleen “Katie” Marie Shoener, 29, fought bi-polar disorder since 2005, but she finally lost the battle on Wednesday to suicide in Lewis Center, Ohio. Katie was born in Scranton and is the daughter of Deacon Edward R. and Ruth Shoener of Scranton. She was a graduate of Scranton High School, received her Bachelor of Science in Business from Penn State University and recently her MBA from Ohio State University. She also leaves behind three brothers, Robert, San Diego, William and wife Sarah, Scranton, Edward M., Old Forge, three nieces, Harper and Brylee, of San Diego, Grace, Scranton, and two nephews, Ben and Jacob, of Scranton.

So often people who have a mental illness are known as their illness. People say that “she is bipolar” or “he is Schizophrenic”. Over the coming days as you talk to people about this, please do not use that phrase. People who have cancer are not cancer, those with diabetes and not diabetes. Katie was not bipolar—she had an illness called bipolar disorder—Katie herself was a beautiful child of God. The way we talk about people and their illnesses affects the people themselves and how we treat the illness. In the case of mental illness there is so much fear, ignorance and hurtful attitudes that the people who suffer from mental illness needlessly suffer further. Our society does not provide the resources that are needed to adequately understand and treat mental illness. In Katie’s case, she had the best medical care available, she always took the cocktail of medicines that she was prescribed and she did her best to be healthy and manage this illness—and yet—that was not enough. Someday a cure will be found, but until then, we need to support and be compassionate to those with mental illness, every bit as much as we support those who suffer from cancer, heart disease or any other illness. Please know that Katie was a sweet, wonderful person that loved life, the people around her—and Jesus Christ. A Mass of Christian Burial will be celebrated on Monday, in St. Peter’s Cathedral at 10 am. Interment will follow in Cathedral Cemetery. Katie’s family will receive friends at the Cathedral from 8:30 am until time of Mass. Arrangements by the Edward J. Chomko Funeral Home & Cremation Services, West Scranton.