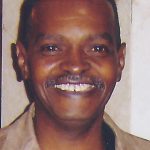 Larry Eugene Gentry, born on February 11, 1948, entered into eternity after a brief illness at Hospice of the Sacred Heart, Dunmore on October 11, 2017. His wife of 12 years is Julie Macheska Gentry. Born in Washington, DC, he was the son of Katherine Bartlett Gentry-Hinton. A graduate of Trenton Central High School, Larry enlisted into the Army and served two tours of duty in Vietnam with the 2/17th, of the 101st Airborne Division and was awarded the Vietnam Service, the Vietnam Campaign, the National Defense Medals and always expressed how much he loved serving his country. He was a member of the 101st Airborne Association and the East Scranton American Legion Post 966.  Larry was employed at the Mid-Town Apartments for 17 years and most recently until his passing at the Steamtown National Historical Park in Scranton. Larry had a strong work ethic and characteristically believed it important to remain teachable throughout life. He was certified at the Career Technical Center of Lackawanna County for HVAC, and attended classes for his position at the Steamtown National Historic site. Caring deeply about family, “Pappa Lars” was a devoted, kind, patient giving husband, father and grandfather. Spiritual, generous and humble, Larry made everyone feel special, taking time to listen, lend a hand, provide logic, humor or a cheerful greeting to his family, friends and neighbors alike. Larry was proud of his Native American heritage and liked to keep things simple. He took pride in everything he did, loved cooking for holidays and family gatherings, enjoyed a diverse collection of music and movies as well as having a broad knowledge of history. Larry taught, encouraged and inspired touching the lives of so many and he will be forever loved and missed by those who were blessed to have known him. He is also survived by one son, Brandon Williams, one daughter, Megan Williams and partner, Stephen Schneider, one granddaughter, Ellia Grace Schneider, all of Scranton, one sister, Linda “Flip” Glosson, a niece, Chimene White, grandnephews, Billy and  Michael White, brother in law, Charles Mack, a very special cousin, Robert Dehaven Nix and a host of cousins and extended family. He was predeceased by his mother, Katherine Bartlett Gentry-Hinton, aunt and uncle, Wilbur and May Glosson, who assisted in his upbringing, one sister, Patricia James-Mack, grandparents, aunts, uncles and cousins. A Celebration of Life will be held on Saturday, October 28, in the Edward J. Chomko Funeral Home & Cremation Services, 262 Railroad Avenue, West Scranton, with Services officiated by the Rev John Major at 12 noon in the funeral home. Friends and family will be received from 11 am until time of service.   Military Honors will be accorded immediately afterwards. Inurnment will be in Indiantown Gap National Cemetery. In lieu of flowers, memorial donations can be made in Larry’s name, to Fight4Vets, c/o Citizens Savings Bank, 702 Cedar Avenue, Scranton, PA 18505