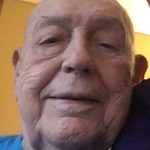 Viewing for family and friends will be held on Tuesday, 10 to 12 noon with services officiated by Msgr. Joseph G. Quinn at 945 am.
Interment with military honors will follow at Fairview Memorial Park, Elmhurst Township.
The family requests that masks be worn in the funeral home.

Leonard J. Bogdanski, 80, of South Scranton, passed on Wednesday, February 9, 2022 at Geisinger/CMC/ER. He is survived by his wife Joann Serrenti Bogdanski, and was her most wonderful husband and best friend. Born in Scranton, He is the son of the late Joseph E. and Irene Kowalski Bogdanski. Leonard was a 1955 graduate of Scranton Technical High School, a United States Navy veteran having served during the Bay of Pigs Cuban Missile Crisis and later served with the Pennsylvania National Guard for a combined time of 22 years. Lenny was a member of Nativity of Our Lord Church at St. John Neumann Parish, and retired as a Lieutenant at the Lackawanna County prison. He was a member of the American Ukrainian Veterans Association of Lackawanna County where he had held several officer positions as well as the Veterans of Foreign Wars and American Legion, the Junior Mechanics of Dunmore, lodge 1022.
Lenny was the brother to his sister Lorraine, who was always willing to help.
His family wishes to thank DaVita Dialysis and the nursing staff, especially his son Frank, and grandsons; Brian and Damien and Traditional Home Health Care for the compassionate care and dignity that they had given with love and humility.
In lieu of flowers, memorial donations in Lenny’s name can be made to The Wounded Warrior Project, www.woundedwarriorproject.org or calling 1-844-659-0310
He is survived by his wife Joann, son, Frank Kelly, two grandchildren, Brian and Damien Kelly, one sister, Lorraine Pacheco, a niece, Allison Houlroyd, two sisters in law; Sara Lonsdorf and husband Arthur, Marie Zielinski and brother in law John. He was predeceased by his parents, son, Brian Bogdanski and daughter Lisa Kelly. Viewing for family and friends will be held on Tuesday, 10 to 12 noon in the Edward J. Chomko Funeral Home & Cremation Services, 262 Railroad Avenue, West Scranton with services officiated by Msgr. Joseph G. Quinn at 945 am. The family requests that masks be worn in the funeral home. Interment with military honors will follow at Fairview Memorial Park, Elmhurst Township.