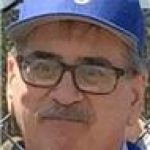 Leonard Joseph Zupon Jr., 58, of Old Forge, died Tuesday, Sept. 29, 2015, at Geisinger Community Medical Center due to complications of injuries suffered in an automobile accident on Aug. 30, 2014, which also took the life of his beloved son, Leonard John.

Born on June 17, 1957, in Scranton, Leonard was the son of the late Leonard Zupon Sr., and Susan Chase Zupon. His wife of 29 years is Mary Jane Baronski Zupon.

Leonard graduated from Old Forge High School and attended Marywood University and Luzerne County Community College. He was the owner/operator of an over-the-road trucking business for over 10 years and was an outstanding heavy equipment mechanic for more than 40 years.

Lenny was a family man and a proud father. He and little Lenny enjoyed their time together, building go- carts, attending his son’s various sporting events and showing his son the “ropes” on how to fix and rebuild cars and heavy machinery. He had hoped to pass along his vast knowledge to his son, as his father did for him and his brothers. He enjoyed life, his family and his friends. Lenny had the uncanny ability to make you laugh, giving you his one-line zingers and he was even noted to play a prank or two, now and again, and always with a smile, humor and laughter.

In lieu of flowers, a donation can be made to the Leonard Zupon Scholarship Fund at All Saints Academy, 1425 Jackson St., Scranton, PA 18504.