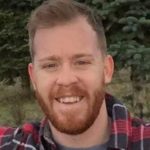 A memorial service will be held on Saturday, December 11, 2021, 10:00 AM, at Grace Bible Church, 130 University Drive, Dunmore, PA, 18512. Military Honors will be accorded at the conclusion of the memorial service.

Levi James Ayers passed away on the morning of Sunday, November 21, 2021, at the age of 33. Born in Allentown, PA, he was the son of Richard S. and Gwen L. Ayers of New Milford, PA. Levi was a student of ACE Academy and received his GED in 2006 at which point he enlisted in the United States Army as Infantryman, Company B, 1st Battalion, 10th Mountain Division, Fort Drum, New York State. He served one deployment to Iraq and one deployment to Afghanistan before he was reassigned to the 38th Battalion Infantry Regiment, Joint Base Lewis-McChord, Washington State. There he served his third deployment to Afghanistan. During his nearly 7 years in the military, Levi was awarded several decorations, medals, badges, citations, and ribbons that included the “Combat Infantryman Badge” and “Expert Infantryman Badge.” Levi then moved on to study Aviation Science. He attended Southern Utah University, Upper Limit Aviation, Portland Community College, and Hillsboro Aero Academy. He studied to be an EMT and was employed as an EMT with Medshore Ambulance Service, Anderson, South Carolina. He dedicated his life to sacrificially serving his country and his community and was loved and respected by many. Levi was fun-loving and hard-working. He liked everything about the outdoors. He enjoyed snowboarding with his best friend Cody as a kid, camping with his family, paddle boarding on the lake, and rough housing with his beloved dog, Bear. He enjoyed gaming during his down time. He was known by his mother and father for being wild at heart as a boy and brave at heart into his adulthood. He and his sister, Jordan, spent many summer days exploring and playing in the woods of their childhood home. His wife, Ariana, was his dearest friend and his daughter, Bishop, who he adored, was his greatest achievement. He will be greatly missed. He is survived by his wife, Ariana Kristine Ayers and daughter Bishop Alithea Ayers of Wake Forest, North Carolina; father Richard Ayers and mother, Gwen Ayers of New Milford; sister, Jordan Ayers along with fiancé Gregory Snyder and their daughter, Levi’s niece, AJ Snyder of Avoca. He, also, is survived by his grandparents, Daniel and Jean Buchanan, and his aunts, uncles, and many cousins. A memorial service will be held on Saturday, December 11, 2021, 10:00 AM, at Grace Bible Church, 130 University Drive, Dunmore, PA, 18512. Military Honors will be accorded at the conclusion of the memorial service. Arrangements are under the care and direction of the Edward J. Chomko Funeral Home & Cremation Services, 262 Railroad Ave., West Scranton.