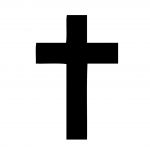 Born July 18, 1926 in Olyphant, PA, to the late Barbara Sendzik and Stanislaus

Misiura. She resided in East Orange, N.J. until her retirement from Prudential

Financial in Newark, N.J. She then returned to the Scranton area in 1990.

Marian was predeceased by her husband on November 02, 1994, her son

John David Banko on November 7, 2002 and her daughter Carol Banko­

Marian was a parishioner of the Cathedral of St. Peter, Scranton Pa.,

She contributed hundreds of hours, volunteering with numerous organizations including Eucharist Minister and Lector at the Cathedral.

Surviving are a son Michael of NJ, and a daughter Lisa of Florida; five

one grandchild George Chenoweth of PA. a brother, Edward Misiura of NJ, a sister Genevieve Borys of Michigan, several nieces, nephews and grandnieces and grandnephews and several cousins.