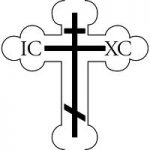 Mary Lukasiewicz passed away on Thursday, October 29, 2015. She was the daughter of the late Harry and Anna Malar and wife of the late John Lukasiewicz who passed away in June 1999. In keeping with Mary’s wishes her funeral was private, in care of her nice Diane Feduik, her husband Robert, and their daughter Kristina Feduik. Funeral Services were held at The Edward J. Chomko Funeral Home & Cremation Services by the Very Reverend Father Nestor Kowal with interment services at St. Michael’s Orthodox Cemetery. Donations can be made in Mary’s name to: St. Michael’s Orthodox Church, 540 N. Main Ave. Scranton PA 18504.