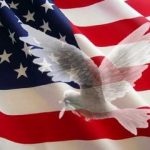 Michael A. Yourkowski, 60. Of South Scranton, passed at his home on Sunday after a lengthy illness. Born in Scranton, he was a son of the late Henry and Joann Yourkowski. Michael was a United States Army Veteran and had been employed as a carpenter in the local construction industry as well as working in automotive repair. He is survived by his daughters; Shannon Kuzminski and husband Dwayne, Pittston and Brittany Yourkowski, California, four grandsons, three brothers; Henry and Joseph Yourkowski and three sisters; Holly Williams, Connie Krasinski, Patricia Ruscoe. Michael was preceded in death by his parents, Henry and Joann, one grandson, Isaiah Rivera and one sister, Jewel Dittfield, and one brother, Albert Yourkowski. Private services were held