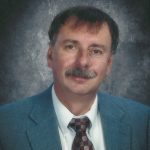 A Memorial Service will be held on Saturday at 10:30 a.m. at the Jackson Street Baptist Church, 1206 Jackson Street, Scranton, 18504, to be officiated by Rev. Dr. Elliott Cooke; Pastor.

Michael J. Burke, 68, of Sterling, met his savior on Christmas evening after being stricken ill at home. He was married to his best friend Luann Thomas Burke for 34 wonderful years. Raised in Sterling, he was the son of the late Michael and Dolores Burke. Michael was a 1972 graduate of Lake Consolidated School, and Lock Haven University, later receiving his master’s degree.

Michael was employed by the Western Wayne School District for 34 years as an elementary school teacher and a high school technology coach. He was a member of PSEA and NEA. He was recognized in 2004 by the Commonwealth of PA as a Keystones Technology Integrator. He served as a Sterling Township supervisor for 12 years and Chairman for 11 years. He was a member of the Jackson Street Baptist Church where he served as a Deacon, was on the Board of Christian Education, and was a member of the audio/visual team. He was actively involved in children’s ministries including Vacation Bible School, Junior Church, children’s message, and wrote many holiday programs. Michael was a kind, honorable, and generous man with a great sense of humor who loved practical jokes. He was a great source of encouragement for his nieces and nephews and was delighted while attending their activities cheering them on. A devoted and loving husband, Michael loved to travel with his wife Luann, visiting all 50 states together. Be it a cruise ship or RV, their shared passion for traveling brought them many cherished memories.

A Memorial Service will be held on Saturday at 10:30 a.m. at the Jackson Street Baptist Church, 1206 Jackson Street, Scranton, 18504, to be officiated by Rev. Dr. Elliott Cooke; Pastor.

Arrangements are under the care of the Edward J. Chomko Funeral Home & Cremation Services, West Scranton.