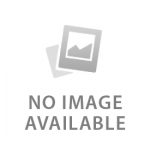 Michael Stranko, 88, of Scranton, died Saturday, April 12, 2014. His wife Elizabeth “Betty” Moxen Stranko, died on October 16, 1993. Born in Scranton on April 13, 1925, he was a son of the late Michael and Mary Wichkova Stranko. A graduate of Scranton Central High School, he was a WW II Navy veteran having served in the Atlantic and North Atlantic aboard the USS Solomans, CVE-67 and was the last survivor of its crew. He was a former member of St. Paul’s Roman Catholic Church, Scranton up until his extended illness. Mike was the owner/operator of Stranko Appliance Repair of Scranton until his retirement. He is survived by 3 sons, Richard, Scranton, Brian, Florida, Michael, California, a daughter, Maureen Riggi, Clarks Summit, 5 grandchildren, 3 great grandchildren, nieces, nephews, great nieces and nephews and great-great nieces and nephews. Private funeral services will be held in the funeral home with the Rev. Father Sam J. Ferretti, Pastor of SS Peter & Paul and St. Lucy’s Roman Catholic Churches, Scranton. Entombment with Military Honors will be in Cathedral Cemetery Mausoleum, Scranton.