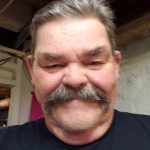 A memorial service will be on Tuesday from 4-7PM in the Funeral Home.

Inurnment will be private.

The family requests that all those attending memorial service wear masks.

Patrick E. Benedict, 68, of Scranton, passed away peacefully Wednesday, October 13, 2021, at Geisinger CMC. He was the husband of Daria Benedict, the couple was married for 38 years. Born in Carbondale, he was the son of the late Edward and Rosemary Benedict. He was a graduate of White Plains High School, White Plains, NY and received an associate’s degree in criminal justice from Pace University. Before retirement, he worked for Schott Glass Optical as a Glass Manufacturing Technician for 32 years. Patrick was a loving husband, father, son, brother, brother-in-law and dog grandpa. He was an avid reader, especially of books on the Civil War and T.E. Lawrence. He also enjoyed trips to the library with his family. He also enjoyed reading comic books, especially Captain America and Batman and loved taking his sons to Comics on the Green. He also enjoyed watching superhero movies from Marvel and DC. During nice weather he could also be found on his front porch reading his books and numerous newspapers. Patrick was also a die-hard fan of New York sports teams especially The Yankees, Giants and Rangers. He was also a fan of the Penn State Nittany Lions.  Some of his favorite moments were spending Sunday afternoons watching Giant football with his daughter, Sara. He passed on his enthusiasm and ability to yell at the television to her. The family would like to thank Dr. Dempsey and all clinicians and staff at the Wright Center for their care of Patrick. They would also like to thank the staff of the Geisinger CMC ICU doctors and nurses, especially Dr. Mullen, Dr Stella and nurse Leah. He is survived by his wife Daria Benedict, his daughter Sara Benedict and partner Luke Brennan, Michael Benedict – son, Matthew Benedict – son, all of Scranton. Two sisters, Rebecca Lagana, NJ and Suzanne Usanmaz, Turkey,  one brother, Robert Benedict, MA, sister-in-law Jacintha Burke and husband William, and  nieces and nephews. He was preceded in death by father, Edward Benedict; mother, Rosemary Benedict.He was also preceded in death by his mother and father in law Adeline and Michael Krupinski He was also preceded in death by numerous cats and his grand dog, GingerSnap. The family requests that all those attending memorial service wear masks. A memorial service will be on Tuesday from 4-7PM in the Edward J. Chomko Funeral Home & Cremation Services, 262 Railroad Avenue, West Scranton. Inurnment will be private.