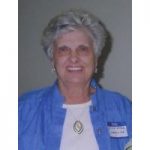 Rita Nercz (Neach) Grajcar, 82, was called home to the Lord at home on Tuesday morning, with her loving family at her side. Rita and her husband John Grajcar would have celebrated their 63rd wedding anniversary on September 8th. Born in Scranton, she was the daughter of the late John and Mary Szmurkowski (Neach) Nercz. Educated in West Scranton High School, she had worked in the local garment industry and before raising her family she worked in retail sales. Rita was a member of St. Mary’s Byzantine Catholic Church, Scranton. She was a loving wife, mother, grandma, aunt, and a friend to many. She was an avid bingo player, bowler, cook, baker, and was overjoyed when having the family over for dinners. Along with her husband John, she is also survived by 1 son, John Grajcar Jr. and his fiancée Carol Dukauskas, Scranton, 4 daughters, Mary Catherine Belmonte and husband Christopher, Briarcliff Manor, NY, Susan Chattin, Rensselaer, Indiana, Linda Haddle and husband Timothy, Dallas, PA, Barbara Dunio, Scranton, 11 grandchildren, Christopher, Peter and Samuel Belmonte, Sean and Greg Cannon, Nicole Stewart, Kathryn Chattin, Sarah and Jason Myslinski, Matthew and James Dunio, 6 great grandchildren, Tyler, Evan, Olivia, Aeden, Raegan, Hailee, 1 brother, Clarence Neach, Bloomsburg, nieces, nephews and cousins. She was also preceded in death by 1infant daughter, Patricia Grajcar, 1 grandson, Jeffrey Dunio, 1 great grandson, Jack Stewart, 7 brothers, Walter, Milton, Theodore, Richard, Al, John, Edmund, 3 sisters, Wanda, Arlene and Irene. A special thank you is extended from Rita’s family to Drs. Eric Smith and Michael Turock and all of the in home caregivers along with the caring neighbors, for the thoughtful and compassionate care and help given to Rita and her family. The funeral will be Saturday, from the Edward J Chomko Funeral Home & Cremation Services, 262 Railroad Avenue, West Scranton, beginning with a Panachida Service at 9 am in the funeral home. A Funeral Divine Liturgy will be celebrated at 10 am in St. Mary’s Byzantine Catholic Church by the Rev. Leonard A. Martin, S.J., Pastor. Interment will follow in the parish cemetery. Viewing for family and friends will be on Friday, 5 to 8 pm. Parastas will be at 7:30 PM.