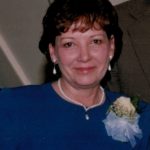 A Celebration of Life will be held at a later date.

Robin T. Booth Lipik, 65, Keyser Valley section of West Scranton, passed Wednesday after being stricken ill at home. Her husband of 36 years is Michael Lipik. Born in Passaic, NJ, she is the daughter of the late Robert H. Jr and Ann M. Booth. Robin had been a member of the former St. David’s Church, Keyser Valley and St. Patrick’s Parish, West Scranton, where she formerly was employed as a receptionist. Robin began her retail working career for the former Powers Department Store, Keyser Oak Plaza, then as a department manager and supervisor at the Dickson City K Mart, and was presently employed with Dollar Tree. Along with her husband Michael, she is survived by two sons, Michael Lipik, Philadelphia and Dustin Lipik and wife, Dianne, King of Prussia and her first grandchild on the way, one brother, Robert Booth and wife Theresa, Taylor, three sisters; Leanne Miller, Michelle Swingle and husband Michael, Belinda Maxion and husband Robert, all of Scranton, numerous nieces, nephews and cousins. A Celebration of Life will be held at a later date.  Arrangements are under the direction and care of the Edward J. Chomko Funeral Home & Cremation Services, 262 Railroad Avenue, West Scranton.