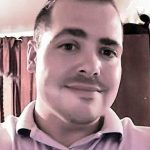 Viewing will be on Saturday from 1 to 4 pm in the Edward J. Chomko Funeral Home & Cremation Services, 262 Railroad Avenue, West Scranton.

Full military Honors will be accorded at the conclusion of the viewing at the funeral home.

Those attending are kindly asked to wear masks.

Staff Sgt. Joshua Leonard, 37, of Scranton, passed on Saturday, Jan. 29, 2022, at the Walter Reed National Military Medical Center after a courageous battle with cancer.
Born in Scranton, he was the son of the late Dorothy Leonard. Joshua was a 2003 graduate of Scranton High School and attended East Stroudsburg University. He joined the military on June 13, 2008, and held the Military Occupational Specialty of 25U, Signal Support Systems Specialist. Staff Sgt. Leonard served with B Company, 55 BSTB, which later became the 213th Signal Company where he quickly earned the title of “the perfect bandit.” In October 2012, Staff Sgt. Leonard was deployed to Kuwait in support of Operation Enduring Freedom and later joined HQ 55th Maneuver Enhancement Brigade to serve in an Active Duty Operation Support career on the Homeland Response Force as their communications expert. He was a dedicated serviceman known for his hard work, being the unit’s subject matter expert on communications equipment and was the “go to” guy for anything communications or computer related. Staff Sgt. Leonard was a mentor to all soldiers, both in and out of uniform. There was no one that he wouldn’t help and no one that he wouldn’t drop everything for if needed. He enjoyed working on remote control cars, his “Frankenstein computer,” taking care of his cat Lily, and his love of life was shown through his passion and dedication to his friends. Staff Sgt. Leonard always managed to see the positive side of any situation and was a constant example to others of how to live life to its fullest. Amongst several other awards, decorations, and citations he was awarded three Army Commendation Medals and two Army Achievement Medals.
Joshua is survived by his brother, Ivan Mascaro; his best friend, Nick Martino and fiancée, Jolene; niece, Quinn; and his “second Mom.” Lisa Martino, all of Scranton; and the Quinnan family who fostered him as a child.
His viewing will be on Saturday from 1 to 4 p.m. in the Edward J. Chomko Funeral Home & Cremation Services, 262 Railroad Ave., West Scranton. Those attending are kindly asked to wear masks. Full military honors will be accorded at the conclusion of the viewing at the funeral home.