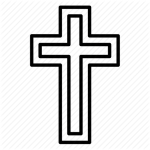 Viewing for family and friends will be Tuesday morning, 8:30 to 9:30 in the Edward J. Chomko Funeral Home & Cremation Services, 262 Railroad Avenue, West Scranton.

Stella Kowalski, 96, Keyser Valley section of West Scranton, died at home Saturday morning after an extended illness, surrounded by her loving family. She was the widow of Edmund J. Kowalski who passed away on June 14, 2004. Born in Scranton, she was the daughter of the late Stanley and Catherine Tomiczk. Educated in West Scranton High School, she was a member of SS Peter & Paul Roman Catholic Church, West Locust Street, West Scranton. Stella retired after many years from the Family Garment Manufacturing of Scranton. Although Stella was employed throughout her married life, she always put her family first and all of her grandchildren were the ones that made her happiest most. She is survived by two daughters, Frances Rozaieski and Barbara Joyce, both of Scranton, four grandchildren, T.J., Katie, Michael and Paul, six great grandchildren and one great great grandson. She was also preceded in death by two sisters; Helen Besko and Sophie Pifcho. A Mass of Christian Burial will be celebrated on Tuesday, at 10 am in SS Peter & Paul Church.  Interment will follow in the parish cemetery, Taylor. Viewing for family and friends will be Tuesday morning, 8:30 to 9:30 in the Edward J. Chomko Funeral Home & Cremation Services, 262 Railroad Avenue, West Scranton.