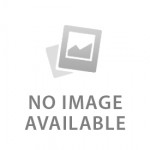 Stephen H. Petrewski, 66 of Dunmore, died Saturday, in Geisinger/CMC VNA Hospice. Born in Scranton, he is the son of Dorothy Cegelka Petrewski, Scranton and the late Harry Petrewski Sr. A 1966 graduate of West Scranton High School, he was an Air Force veteran of the Vietnam War and had worked as a Lackawanna County Deputy Sheriff. Steve was an accomplished musician who mastered the accordion, organ and guitar. He was also a lover of jazz music and celebrating Oktoberfest. He is also survived by a son, Christopher and wife Amy, Scranton, 2 grandsons, Noah and Nicholas, 3 brothers, Harry Jr and wife Deborah, Factoryville, John and wife Mary A., Taylor, Gary and wife Deborah, Whitehall, nieces, nephews and his best friend over the last 10 years, Mindy, his black lab. Private services were held. Arrangements by the Edward J. Chomko Funeral Home & Cremation Services, Scranton, PA.