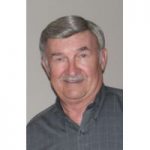 Theodore “Ted” Kempa, 83, of the Lincoln Heights section of Taylor died Thursday, at Geisinger/CMC, Scranton. His beloved wife of 58 years is Mary Grajcar Kempa. Born in Taylor, he was the son of the late Zygmont and Stella Etminsky Kempa. A 1949 graduate of Taylor High School, he was an Army veteran of the Korean War, serving as a Corporal with a forward Infantry Unit and being severely wounded in action. He was the recipient of the Purple Heart, the Korean Campaign Medal, the Good Conduct Medal and the Combat Infantryman Badge. He is a member of the Kosciuszko American Legion Post 207, SS Peter & Paul Roman Catholic Church and worked as a mail handler for the U.S. Postal Service. Ted was a loving husband, father, grandfather, great grandfather, brother and friend to many. He always looked forward to being with his family on their many hunting outings. He is also survived by 2 sons, Theodore Jr and wife Shelly, Taylor, Paul and wife Andrea, Jessup, 1 daughter, Kathy Kishel and husband Steve, Taylor, 9 grandchildren, Steve Kishel and wife Ashlei, Jennifer Schuback and husband Chris, Erin Beaumont and husband Justin, Teddy, Taylor, Troy, Kayleigh, Amanda and Emily Kempa, 4 great grandchildren, Alexis, Angelina, Christopher and Jackson, 1 sister, Geraldine Martin, Bethlehem, nieces, nephews and cousins. He was also preceded in death by 1 sister, Irene Wolosczyn and 1 brother, Raymond Kempa. A Mass of Christian Burial will be celebrated on Tuesday at 9:30 am in SS Peter & Paul Roman Catholic Church, West Locust Street, Scranton, to be celebrated by the Rev. Sam J. Ferretti, Pastor. Inurnment will follow with Military Honors conducted by the US Army at SS Peter & Paul Cemetery, Taylor. Calling hours will be held at the Edward J. Chomko Funeral Home & Cremation Services, 262 Railroad Avenue, West Scranton on Monday, 5 to 8 pm. American Legion Post 207 will have Honors Services on Monday at 6 pm. There will be no funeral procession from the funeral home. Those wishing to attend the Funeral Mass are asked to go directly to church.