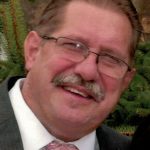 Visitation for family and friends will be on Monday, 4 to 6 pm

Inurnment will be private.

Thomas D. Labukas, 66, of Scranton, passed on Tuesday at Geisinger/CMC. His wife is Kathy Kowalski Labukas. Born in Scranton, he was the son of the late Joseph and Vera Labukas. Tom was a 1973 graduate of Scranton Central High School and proud owner/operator of Labukas Food Center in the Plot section of the city for many years. After the food center closed, Tom continued his passion of working with food at Gerrity’s Supermarket where he met his devoted wife Kathy. He also operated a beverage stand at Lackawanna County Stadium during baseball season. He loved the Christmas season and his Christmas displays could rival any department store. Tom had a big heart and took care of his brother Joe, as well as being a good neighbor and friend to Paul and Maureen Shea, Sean Sparks and Jason Provinzano. He is survived by his wife Kathy, his son, Thomas, one brother Joseph, stepsons Ray and Mark Novak, several grandchildren, nieces and nephews. Visitation for family and friends will be on Monday, 4 to 6 pm in the Edward J. Chomko Funeral Home & Cremation Services, 262 Railroad Avenue, West Scranton with a Blessing Service at 6 pm officiated by Deacon Carmine Mendicino. Inurnment will be private.