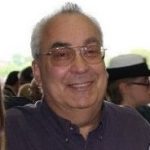 A memorial service will be held on Thursday, April 18th at 11 am at Heritage Baptist Church, Venard Road, Clarks Summit. Calling hours will be from 9:30 am until the start of the service.

Thomas Snyder, 70, of Dunmore passed into eternal life on Monday, April 15, 2019 at Geisinger/CMC. Born on November 9, 1948, he was the son of the late John and Annette Scioscia Snyder. Tom was a graduate of South Catholic High School. After high school, Tom worked with his father painting and paperhanging until he joined the United States Air Force. He served in Vietnam before receiving an honorable discharge in 1972. Upon returning to Pennsylvania, Tom continued to work with his father before beginning as a rural mail carrier in the USPS from which he retired. Faith in his Lord and Savior Jesus Christ, family, friends, and food were the things Tom enjoyed most in life.  Tom will be dearly missed by his wife Judy; daughter, Elizabeth; brothers Jack Snyder, David Snyder and fiancé MaryEllen, sister Anne Coviello and husband Joe, brother-in-law Ed Shoener and wife Ruth, sisters-in-law Carol Shoener, and Nancy Shoener; several nieces, nephews, great-nieces, and great-nephews; and countless friends. Tom was preceded in death by his son Joshua Snyder, parents John and Annette Snyder, and brother Gerald Snyder. The family would like to thank Dr. Henry Yeager and the staff at Dunmore DaVita Dialysis for their compassionate care for Tom.  A memorial service will be held on Thursday, April 18th at 11 am at Heritage Baptist Church, Venard Road, Clarks Summit. Calling hours will be from 9:30 am until the start of the service. In lieu of flowers, donations may be made to Equines for Freedom, P.O. Box 53, Factoryville, PA 18419. Arrangements have been entrusted to the care of the Edward J. Chomko Funeral Home, 262 Railroad Avenue, West Scranton