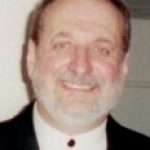 The funeral Mass of Christian Burial will be celebrated on Tuesday at 10 a.m. in St. Ann’s Basilica, 1233 St. Ann St., Scranton.

Walter W. Kowanick, 70, of West Scranton, passed away peacefully Monday, Aug. 30, at Geisinger Community Medical Center, Scranton, surrounded by his family and close friends. He was the widow of his best friend and loving wife, Patricia A. Kowanick, who passed away Nov. 8, 2013. The couple was married for 35 years.

Born in Scranton, he was the son of the late Walter and Veronica Kowanick. He was a graduate of West Scranton High School. Before retirement, he worked for Schott Advanced Optics in Duryea as a glass technician, but spent most of his career at the former Affiliated Foods in Scranton. He was a devout Roman Catholic who always attended Mass at the Cathedral of St. Peter.

Walter was a loving father, brother, grandfather and great-grandfather. He was a caring man who cherished his family and placed their needs above his own. Traveling on cruises and taking frequent drives to Pennsylvania and New York regions with his wife Patricia were most memorable. Although the years since Patricia passed were the most difficult for Walter, his family brought love, joy, and positivity to his life, especially his grandchildren, Siobhan and Brendan.

Walter was a loyal Pittsburgh Steelers and New York Yankees fan, and never missed a game with his dog Shiner at his side. He enjoyed playing the Pennsylvania lottery and nothing interrupted his daily routine of watching live lottery drawings.

His family expresses their deepest gratitude to caretakers Georganna, for assisting Walter with his medical needs, and Mary, for keeping his home tidy and appearance handsome. They both brightened his day and he treasured their friendship.

He is survived by his children, Jennifer Nee of Scranton; David J. Nenish Jr. and wife, Paula of Jessup; Melissa Nenish Gast and husband, Michael of Maryland; and Christopher Nenish of Florida; grandchildren, Siobhan Nee and partner, Frank of Moosic; Brendan Nee Jr. of Scranton; and Michael Gast of Maryland; great-granddaughter, Ariella A. Rivolo of Moosic; sister, Judith Orr and husband, John of Scranton; sisters-in-law, brothers-in-law, several nieces and nephews.

He was preceded in death by a sister, Veronica Pepe.

The funeral Mass of Christian Burial will be celebrated on Tuesday at 10 a.m. in St. Ann’s Basilica, 1233 St. Ann St., Scranton. Interment will follow in Cathedral Cemetery, Scranton.