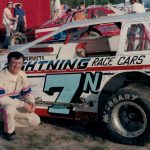 Friends may call Wednesday, 4-7PM. Services by the Rev. Deacon Carmine Mendicino will commence at 6:30 pm

Walter K. “Wally” Fiehl, of Nicholson, passed away peacefully on Friday at the age of 70, after a brief illness.

Born in Scranton to the late Walter and Pauline Fiehl, Walter was a graduate of West Scranton High School and a member of St. Patrick’s Church, in Nicholson.

But today, it is the race car community that truly feels the loss of one of their own. Wally Fiehl was well known in Pennsylvania and the East coast for his love and passion for race cars and building racing engines. Whether you knew Wally or heard his name, you know how much he loved racing. Wally’s love of race cars started at an early age, and by age 15 he was already a skilled mechanic working alongside men twice his age in the local garages in Scranton.  Growing up in one of the greatest eras in American History, Wally took his passion for cars and dove headfirst into the 60’s custom car culture and street racing scene. Combining his mechanical skills and passion for racing, Wally started what would be a lifelong career building and modifying custom race car engines. It was undeniable that Wally knew how to increase the horsepower from any engine and because of it, Wally and his sister Barbara were known names down the Island Drag way where they drag raced other local cars.  After high school, Wally entered the service as a PFC and did a brief stint in the US National Guard. After returning home, Wally married the love of his life, the former Shirley Yescavage, with whom he had a son, Walter K. Fiehl, Jr., and daughter, Valerie Fiehl, and had just celebrated their 50 year wedding anniversary.

With his family started, Wally took his passion for cars public in 1972 with the opening of “Fiehl’s Auto Body Shop” in Scranton. Finding a great deal of success with his body shop, and his engine skills in high demand, Wally entered the professional race world, which would culminate in a move to Nicholson and the opening of his new business venture “Fiehl’s Racing Engines.”

When it came to race cars, Wally truly loved what he did and he did it non-stop for 50+ years. Throughout that time, he built a successful business that was one of only a few shops in the area to have Dyno Machine. Hundreds of both professional and amateur racers brought their engines and/or race cars to Wally to customize or modify, and he was also sought out by other mechanics and shops for his skill and expertise with racing engines.  His work and involvement with race cars and racing engines made him a fixture at the race track and was undoubtedly part of the community that brought Pennsylvania racing to the forefront. Wally was not just a builder of race car engines, he also drove and competed professionally in the Pro modified B-Altered class of drag cars, as well as, dirt car, which he holds many trophy’s in.

Wally’s impact on the racing world will be sorely missed but his legacy will live on the fenders of race cars that bear his name, the pictures from the track, and the stories that will be told of a man who followed his dream and turned a passion and love for race cars into a career that spanned five decades lifted a kid from Scranton to the heights of Pennsylvania and the national race car industry.

Walter was preceded in death by his parents, Walter and Pauline Fiehl, and he leaves behind a wife Shirley, a son Walter, both of Nicholson, and daughter, Valerie, of Ohio, and granddaughters, Zoe Sekletar, of Ohio, and Alyssa Fiehl, of Florida, and sister, Barbara (Fiehl-Jones) Good, of Scranton, as well as, many nieces, nephews and extended family.