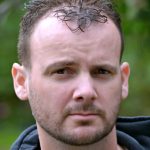 Honors will be accorded by SCI Waymart Honor Guard and The Dickson City Veterans Honor Guard.

Blessing Service will be officiated by Deacon Carmine Mendicino at 6:30, followed by Military honors.

William J. Mangan, 49, of West Scranton, passed on Wednesday, March 2, 2022 at the University Of Pennsylvania Hospital, Philadelphia after a brief illness. His wife of 25 years is Wendy Yeager Mangan. Born in Scranton, Billy is the son of James Mangan, Scranton, and the late Linda James Mangan. Billy was a 1990 graduate of West Scranton High School and was employed by the Pennsylvania Department of Corrections as a Corrections Officer at SCI Waymart. He was a United States Navy Veteran serving as an OS3 and participated in the Battle of Mogadishu.

Billy was helpful, kind, a friend to many and his quick wit and sense of humor always left you with a smile.  He was extremely proud of his daughters and could frequently be seen driving them back and forth to swim practice.  At the end of the day, he always had his Wendy by his side.

He is survived by his wife Wendy, daughters; Hope, Aubrey, Tessa, all at home, brothers; James Mangan and companion Maureen Carlton and Michael Mangan and wife Erin, two nieces and five nephews.

Viewing for family and friends will be on Monday, 3 to 6:30 pm, in the Edward J. Chomko Funeral Home & Cremation Services, 262 Railroad Avenue, West Scranton. Honors will be accorded by SCI Waymart Honor Guard and The Dickson City Veterans Honor Guard. Blessing Service will be officiated by Deacon Carmine Mendicino at 6:30, followed by Military honors.