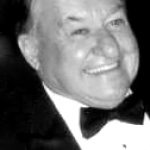 William L. “Doc” Dougherty Sr., died Wednesday, surrounded by his loving family, at the Hospice of the Sacred Heart, Dunmore. His beloved wife is Diane Delonti Dougherty. Born in Dunmore, he is the son of the late Robert E. and Ann Lawrence Dougherty. Bill was a 1957 graduate of Dunmore High School, retired as an iron worker under Local 489, then worked for the Lackawanna County Housing Authority. He always believed that “Family is everything. Everything else is just everything else.” He will be greatly missed by his family and friends. He is also survived by one son, William L. Dougherty Jr. and wife Tammy, Dunmore; three daughters, Joanne Arduino and husband Paul, Dunmore; Catherine Strathmeyer and husband Gerrit, York; Kelley Dougherty, Dunmore; seven grandchildren, Ashlee, Gerrit, and Emily Strathmeyer; Joseph, Shawna, and Cal Corcoran; and Eric Arduino. Two sisters, Maryann Langan and husband Michael, Scranton; Kathleen Nudelman and husband Ned, Erial, NJ; nieces and nephews. He was also predeceased by a daughter, Maribeth Corcoran and a brother, Edward Dougherty. Private services and interment will be held at the convenience of the family. Arrangements under the direction and care of the Edward J. Chomko Funeral Home & Cremation Services, 262 Railroad Avenue, West Scranton