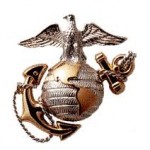 William P. Whalen, 74, Keyser Valley section of West Scranton, died Sunday night at Regional Hospital of Scranton. His wife of 52 years is Naomi Jackett Whalen. Born in Scranton, he was the son of the late Patrick and Margaret Williams Whalen. Bill was a Marine Corps veteran, a graduate of Scranton St. Patrick’s High School, a member of the Hallstead American Legion, Post 0357. He was of the Catholic faith and retired as a dispatcher for the City of Scranton. He is also survived by two daughters, Jill Coffman and husband Patrick, Cranberry, Butler County, Patty York and husband Ken, Ransom, two granddaughters, Savanna and Cassidy Coffman and two grandsons, Landon and Justin York. Funeral Services are private and interment will be in Cathedral Cemetery. There are no calling hours. Arrangements by the Edward J. Chomko Funeral Home & Cremation Services, 262 Railroad Avenue, West Scranton.